I am sad seeing the changes in Nebraska along Rt. 20 but it is the same experienced in eastern North Carolina.  The morning started with fog but not dense enough to delay my start.  I had already decided to skip the minuteman missile museum.  Just 120 miles north of Valentine, NE it was 60 degrees and heavy rain.  I have seen that before on this trip so when I went online to see if I could get a tour and found them all booked that was it.  This change made my last 2 days much easier.  Rather than two 400 mile days I had two 250 mile days into Denver.

Time to head west.  It was another 60 miles until my first turn in two days!  I was heading for Alliance, NE.  There was nothing but a few deserted towns so there was no reason to stop.  Then I saw the perfect stop! 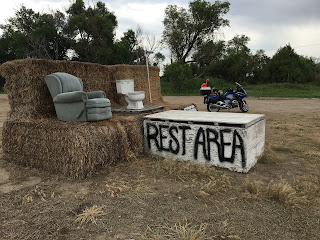 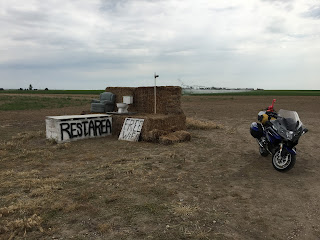 Wow that was good for grins!  As a friend said “at least people in NE have a sense of humor”!  Then on to my next art appreciation stop.  Carhenge! 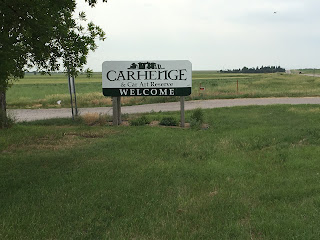 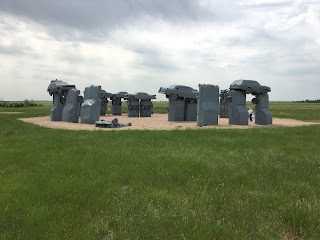 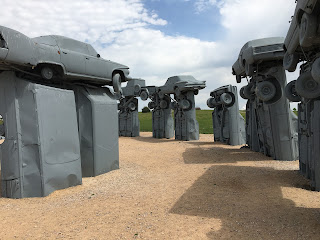 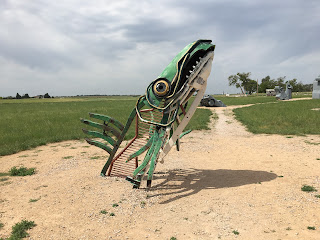 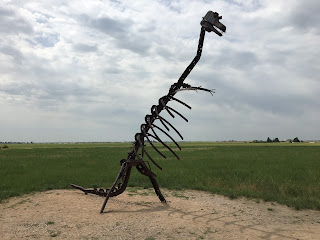