I got up at 4:30 to make the run in to Dallas in the cool of the morning.  I asked the desk clerk if the road was fenced into Dallas from wildlife.  She said there was no need to worry about animals on the roadway.  Apparently she has never driven the road in that direction,  Within 5 miles I encountered 2 deer dead on the side of the road...I was warned!  It was all clear from that point on.  I enjoyed the ride in the early morning.  I had left the motel before the free breakfast so I made a quick stop at a McDonalds for a sandwich.  I had set the GPS to avoid toll roads and since I came into Dallas after 9:00 I had no rush hour traffic.  I arrived at the home of Kay Kay and Denny Mosseller around 11:30.
I hadn’t seen them in 20+ years and they haven’t changed at all. 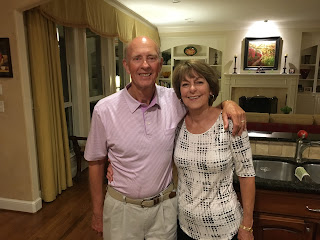 And in the garage was his MG with a host of memories from college! 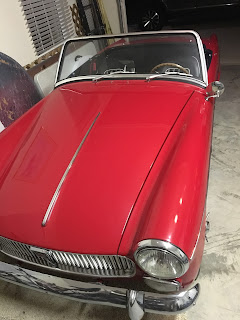 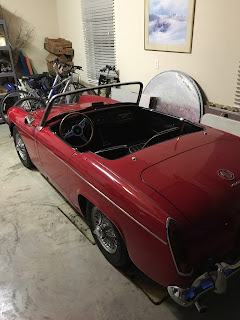 Denny is the only person that I know of that has spent his whole working career with one company, Southwest Air in Dallas.  Now he was in the Air Force and moved around some but after that he stayed in Dallas.  We spent hours remembering our youth and amazingly I could remember many of the names that we knew.  It seems my brain was stimulated to wake up and boom I remembered a lot more than I have in 50 years.
The next morning they took me on a tour of Dallas.  I have always wanted to see the area where President Kennedy was shot.  So off we went to the Texas Book Depository. 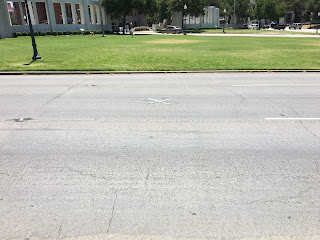 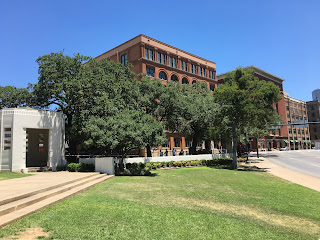 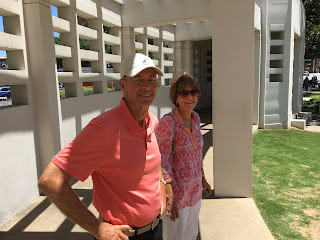 We did the recorded walking tour of the building then walked the grounds of the grassy knoll where it was speculated that there was another shooter.  The exhibit did nothing to refute the conspiracy idea and it left you hanging. By the way I didn’t take Oswald since I didn’t think he would be welcomed.

After a couple of hours there we went to a beautiful park built over the highway and had a food truck lunch.  A very neat concept in where to build parks in a tightly developed city.  On the way back to their house we stopped at the Frontiers in Flight Museum at Love Field.  It was a very good museum and a nice place to be on a hot summer day. 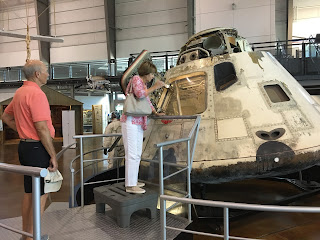 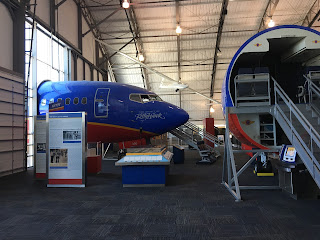 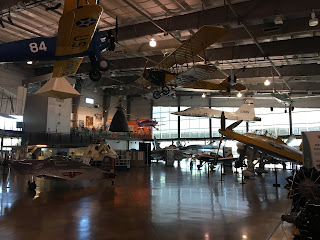 We had dinner at a Mexican restaurant in a beautiful neighborhood.
And I got the Royal tour.  It was great seeing them and spending time just talking and remembering or catching up on years we missed.   Hopefully it won’t be another 20 years before I see them again!  Maybe a football weekend can be arranged in Chapel Hill.
Posted by John F. Moore\ at 6:27 PM